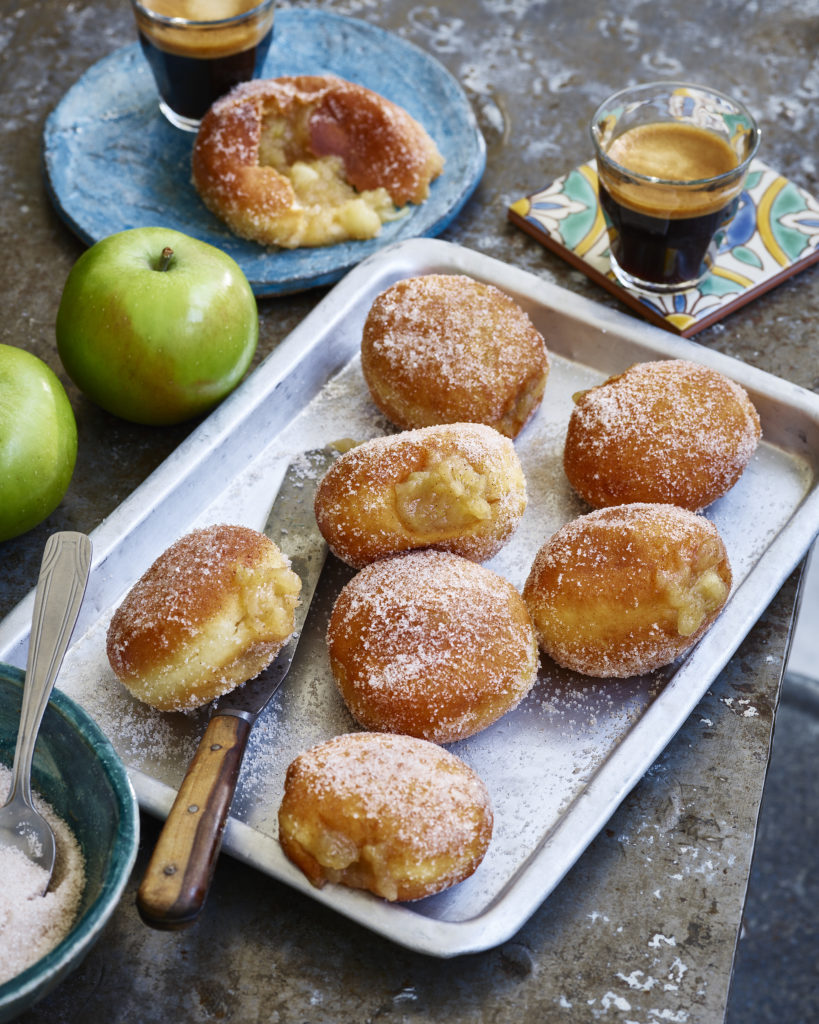 To make the doughnuts start with the wet mixture. In a jug whisk together the luke warm non dairy milk with the vegan margarine & yeast then set it aside for around 5 minutes to activate the yeast.

Meanwhile, mix together the flour, sugar & salt in a large mixing bowl or in an electric bread mixer with the dough hook attached. Make a well in the middle then add the milk mix. Stir with a fork/mix slowly until it mix starts combining.

Once everything has come together, turn the dough out onto a lightly floured work surface & start to knead.

If you’re using a bread mixer, set the speed to medium and let the machine work it’s magic for 4 minutes.

By hand you want to knead the dough for around 6 minutes. The dough will be on the wet side, don’t be tempted to add lots of flour. Add minimal to stop your hands from sticking. Too much additional flour will result in a dense doughnut. We want really light and fluffy doughnuts with lots of aeration. After needing the dough should be beautifully smooth.

Place the dough back into the mixing bowl this time make sure you have lightly oiled the bottom & the sides of the bowl first to stop the dough sticking.

Cover the bowl with cling film or a damp cloth and leave somewhere warm for around 1 hour or until it’s doubled in size.

Meanwhile, to make the apple filling. Add the cubed apple to a saucepan with the sugar & cinnamon + a splash of water. Place the pan over a medium heat and let the apple cook away for 15 minutes. Stirring every now and then. Transfer the compote to a bowl once cooked & allow to cool.

To make the cinnamon sugar, simple mix together the sugar & cinnamon together in a small bowl.

After an hour, turn the the dough out from the bowl on to a lightly floured surface.

Knead the dough for a minute or so then using a lightly floured rolling pin, roll the dough out to around 1cm thick. Then using a pastry cutter, cut the dough into circles around 4inch in diameter.

Let the cut doughnuts rise on your work surface for around 45 minutes, or until they have more or less doubled in size.

Meanwhile pre heat your frying oil in a large saucepan, making sure the oil fills no more than half way high.

When your doughnuts have risen & are ready to fry, check your oil is hot by dipping a wooden spoon in, if bubbles form around the wood then your oil is ready. Alternatively if you’re using a deep fat fryer set the fryer to 180 degrees C.

To cook, really gently pick up a risen doughnut then carefully place it into the oil. Fry 1 or 2 at a time, cooking for around 2-3 minutes or until golden, flipping over the doughnut halfway through cooking.

Please be extra careful when frying, the oil is extremely hot and can be dangerous. Make sure your pan is at the back of your stove & never drop doughnuts in. Keep an eye on the temperature of your oil, if your doughnuts colour too fast turn the heat down. If they cook too fast, the centre of the doughnut may not cook in time.

Once fried use a spider to lift them out of the pan, then place the doughnuts onto a tray lined with kitchen paper to drain away any excess oil.

Repeat until you’ve fried all the doughnuts.

Toss the filled doughnuts into the cinnamon sugar and serve. 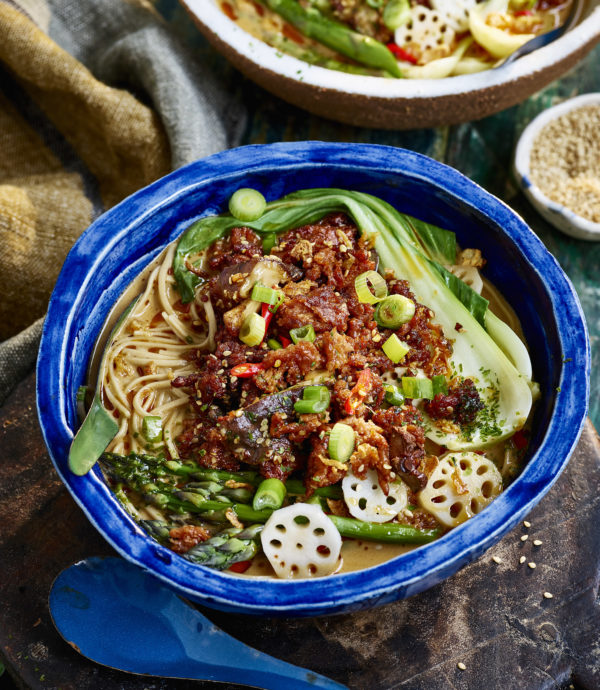 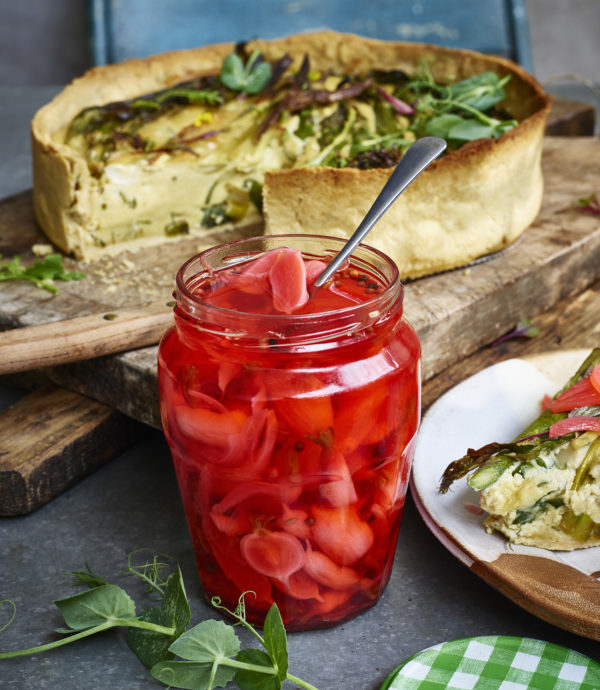 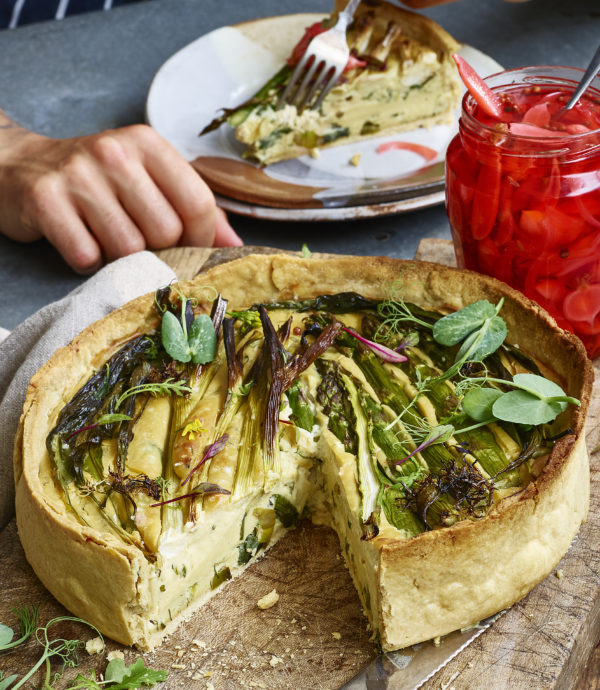 If you have a merch or book order query please email:
[email protected]

If you’re a subscriber or follower and have a question for Gaz, the best way to contact is via Twitter:
@avantgardevegan